Feel, imagine, do and share: Four steps propel local students to the Vatican 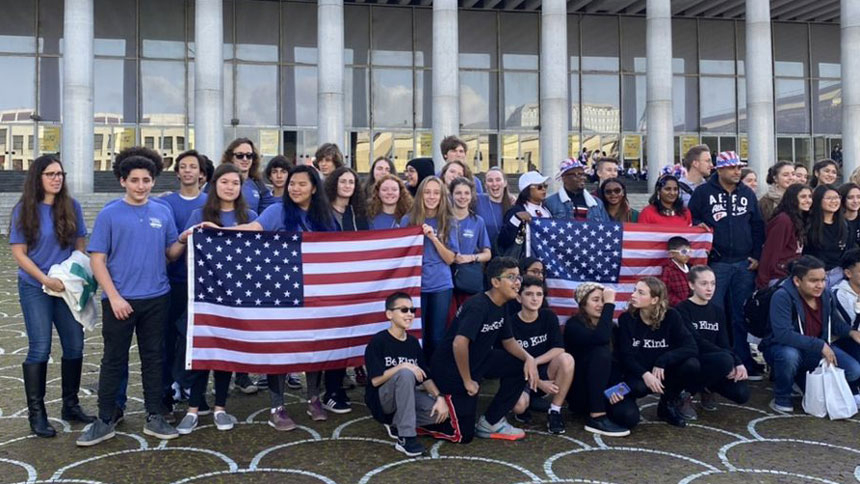 When Amy Fisher heard that her 14-year-old son had been invited to the Vatican for a youth summit with Pope Francis, she cried.

She also fell out of her chair, she says. The next instinct? To doubt.

“I thought he must have mixed up the message somehow,” Fisher says about her son Dakoda.

But it was no mistake. Dakoda, along with a dozen students from throughout North Carolina, was chosen as a student ambassador to attend the world’s largest I Can Children’s Global Summit in Vatican City.

The event took place during Thanksgiving weekend and was hosted by Design for Change, an international organization that partners with teachers who want to instill service-learning initiatives in their schools.

“Exploris has been doing service-learning for 20 years, but we didn’t have specific words for it or steps to carry us,” she says.

When she learned about the Design for Change model, she integrated it into her classroom.

In working through the model, students engage in projects that aim to end poverty, abolish racism and welcome immigrants. These may seem like lofty goals, especially for middle school students. However, time and again, the process has proven effective.

“The way of framing possible futures helps them to realize that they can be agents of change. I think if more adults felt that way, we would accomplish so much more in small steps,” she says.

Dakoda was involved with a group that wanted to learn more about immigration and the difficulties faced by refugees. They interviewed a child of a Holocaust survivor, and they wanted to proactively welcome a refugee.

Through trial and error and reaching out to several organizations, they found a match. A mother and two children were emigrating from Syria and would have nothing when they arrived.

The students set up an online crowdfunding account to help raise money. The goal was to raise enough for the family to buy a car. Members of the group also contacted friends, families and businesses for donations of furniture and linens for the family’s home.

“We learned how to move into an apartment,” Dakoda said.

“There was a lot of learning done that day. How to move furniture, how to properly make beds, how to clean a bathroom,” she says.

The students agreed that not only did the project make them feel good, it also made them realize just how many things – such as clean towels and pillows – they took for granted in their daily lives.

Another group sought to study the only documented lynching in Wake County. As history tells it, George Taylor was lynched in Rolesville in 1918 after being accused of rape.

The students in this group sought to gather support for a citizen’s promise to stand up to racism, and they also participated in a soil collection as part of the Equal Justice Initiative’s Community Remembrance Program.

Betsy Brown says that when her daughter Miller told her about the project, she was apprehensive at first.

“They are in 8th grade, and they are learning about lynching. The depth of the work they are doing was really surprising. Initially I was worried; it was a violent act, and it was horrible,” she says.

In watching her daughter’s courage, strength and passion grow throughout the course of this project, Brown’s apprehension turned to admiration.

“They are doing real work, and they are making a difference,” she says.

The goal of the summit was to celebrate the impact that youth are making and to inspire them to keep reaching.

On the final day of the summit, Pope Francis gave the closing address for the children and their chaperones at Aula Paula VI, an audience hall in Rome that seats thousands.

Though Fisher is the only Catholic student from Exploris that is part of the delegation, Hardy is excited for all the children and found it admirable and important that youth from all faith backgrounds were included.

“It’s powerful to me that at no point, in all the security paperwork, did anyone ask what denominations people are or what they believe in,” she says. “Instead [Pope Francis] is honoring their work and their compassion and care for others.”

As seen on the invitation to the summit:

“Dear Children … please don’t just observe life from the balcony! Meet the challenges ... you must make noise; you are the seed of change in this society.” – Pope Francis 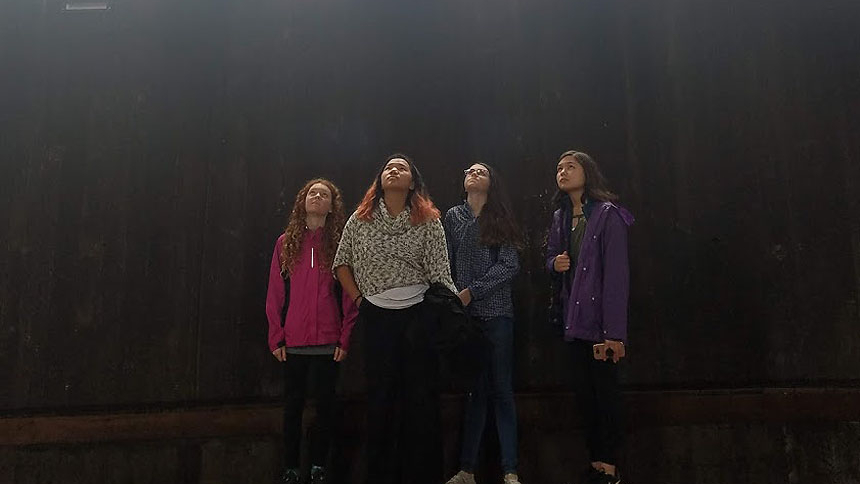 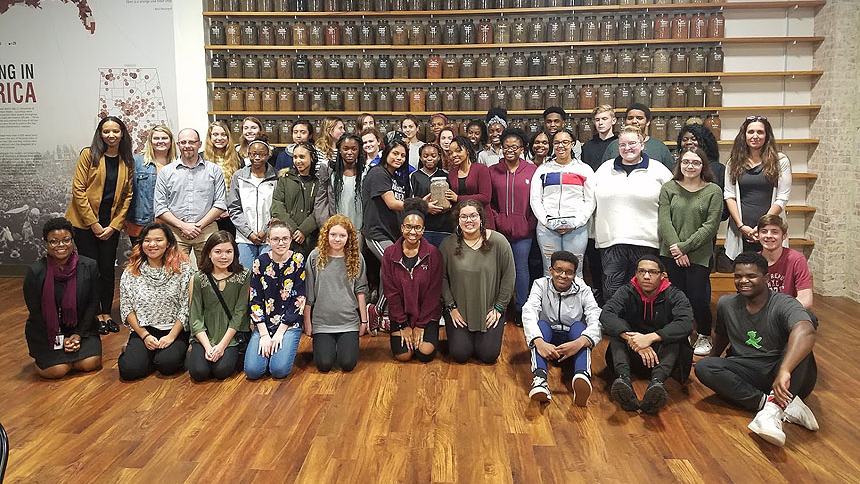 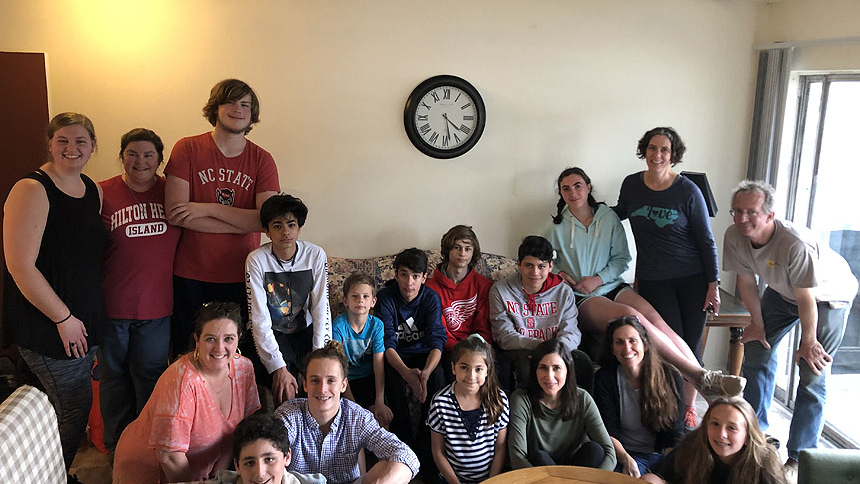 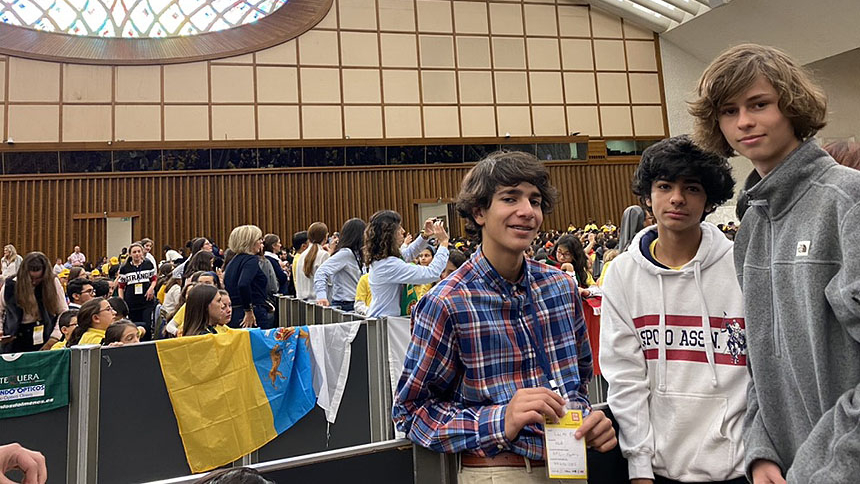 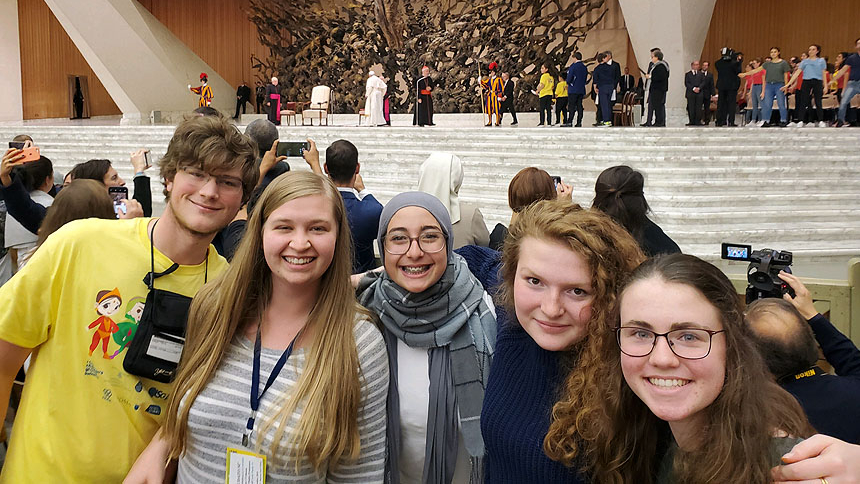 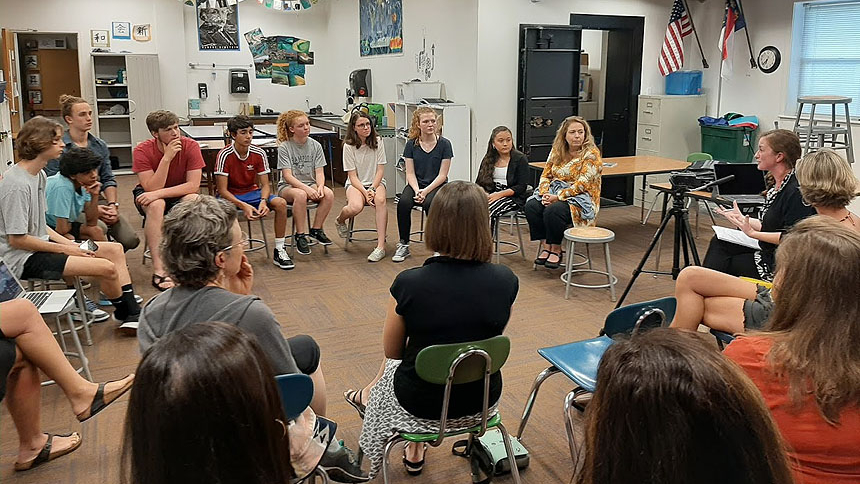