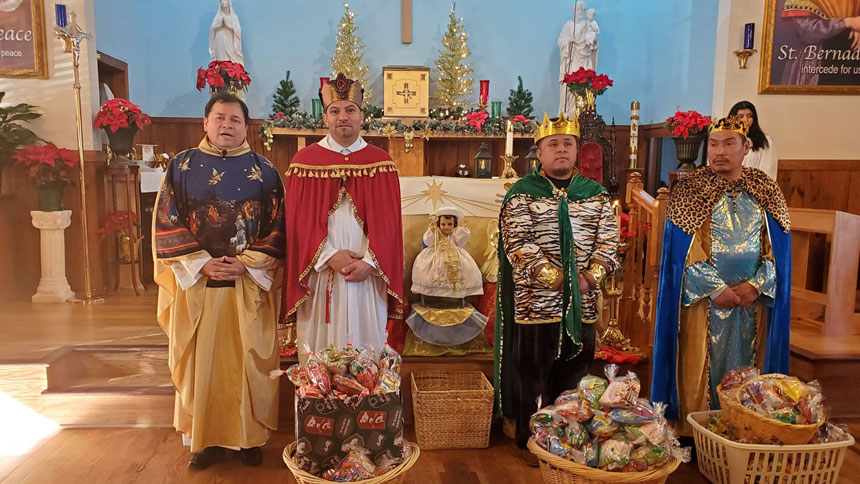 Primarily in Spain and Latin America, but also throughout Europe, “El Dia de los Reyes,” as it’s called in Spanish, marks the adoration of baby Jesus by the three kings. In many countries this date is also a national holiday.

Otherwise known as the three wise men, or magi, kings named Melchior, Caspar and Balthazar traveled to present the baby Jesus with symbolic gifts of gold, frankincense and myrrh.

The celebration of the arrival of the magi is a Christmas tradition that, according to historians, began in Spain in 1885, when the government organized a cavalcade, or procession, to honor this date. Over time and through colonization, countries in Latin America also adopted this tradition, which they call "descent of kings" or "Day of Rosca de Reyes."

For those in Puerto Rico, The Fiesta de Reyes is the country’s oldest religious-cultural celebration. It’s believed to have been held since 1883.

According to the Visit of the Magi in the Gospel of Matthew:

When Jesus was born in Bethlehem of Judea, in the days of King Herod, behold, magi from the east arrived in Jerusalem, saying, “Where is the newborn king of the Jews? We saw his star at its rising and have come to do him homage.

…and on entering the house they saw the child with Mary his mother. They prostrated themselves and did him homage. Then they opened their treasures and offered him gifts of gold, frankincense, and myrrh.

The gifts of the Magi -- gold, frankincense and myrrh -- are elements that represent Jesus as king, God and mortal, respectively.

In the Diocese of Raleigh, the Hispanic community keeps the Three Kings’ Day tradition alive and continues to celebrate this tradition.

At St. Bernadette Church in Butner, more than 200 parishioners participated in a celebration. Three parishioners represented the Magi and entered the church during the exposition of the Blessed Sacrament and prostrated themselves to worship him. Following that, they distributed gifts and sweets to the children in attendance.

As part of the celebration, members of the parish gathered to share hot chocolate and the traditional “Rosca de Reyes,” a sweet bread. According to Father Marcos Leon-Angulo, administrator of St. Bernadette in Butner, "it was a beautiful experience."

In Latino bakeries, shoppers can find the traditional "Rosca de Reyes," which has the shape of a crown that is offered to the Child God, recognizing him as king of kings. The fragments of crystallized fruit (red, green or black) represent their jewels. This is similar to the king cake found in European cultural traditions to celebrate Epiphany, including the pre-Lenten Mardi Gras celebrations in New Orleans in the United States.

For many of the Hispanics who celebrate this tradition, the Rosca de Reyes includes small plastic dolls that represent the child God. When distributing the bread, whoever finds the figurine of the child must prepare the Feast of the Candlestick, Feb. 2, and lead to bless the image of the Child God.

Consider sharing some Three Kings’ Day Bread with your family or friends. Even without “Rosca de Reyes” or king cake, share time together and offer gifts of love and togetherness with your family and friends during this holy season. 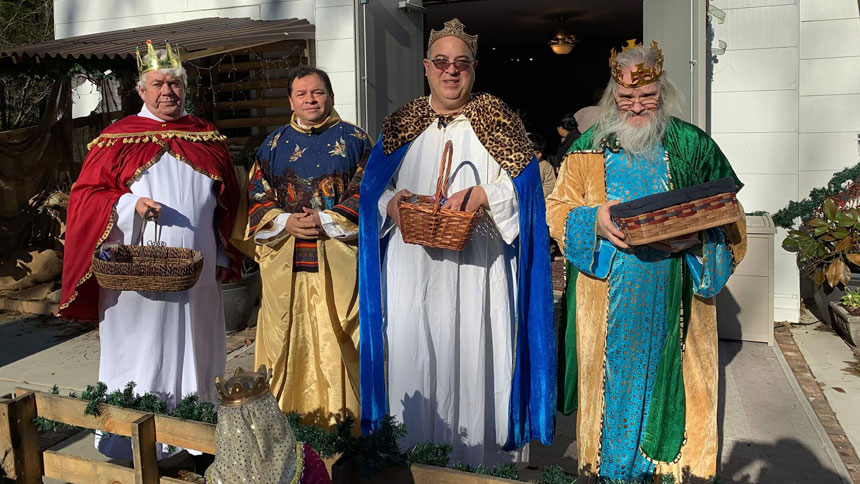