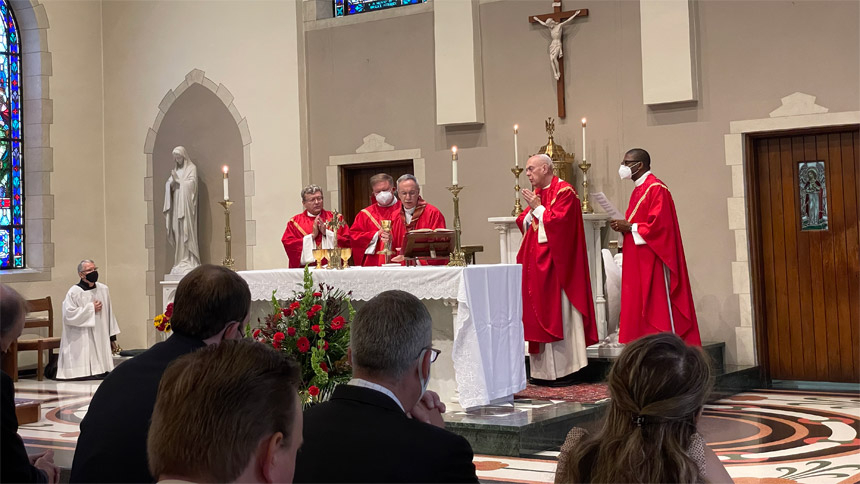 RALEIGH – The Diocese of Raleigh held its annual Red Mass Oct. 1 at Sacred Heart Church. Bishop Luis Rafael Zarama was principal celebrant. Monsignor William J. King of the Diocese of Harrisburg, Pennsylvania, offered a homily that focused on the language of lament, American spirituals (or songs) and hope, which, he said, can lead people beyond the present moment.

Both the bishop and monsignor offered thanks to those present who are serving in legal professions.

The Mass is a tradition with a history dating back to 13th century Europe when it officially opened the term of the court for most European countries. The name Red Mass comes from the color of clothing many would wear to proceed into the church.

Its beginnings in the United States date back to 1928 when the first Red Mass here was held in New York City.

Today the Mass serves as an opportunity for those in legal fields to gather. Its purpose is also to invoke God’s blessings on those who work to provide justice in the legal system. The Mass requests guidance from the Holy Spirit. 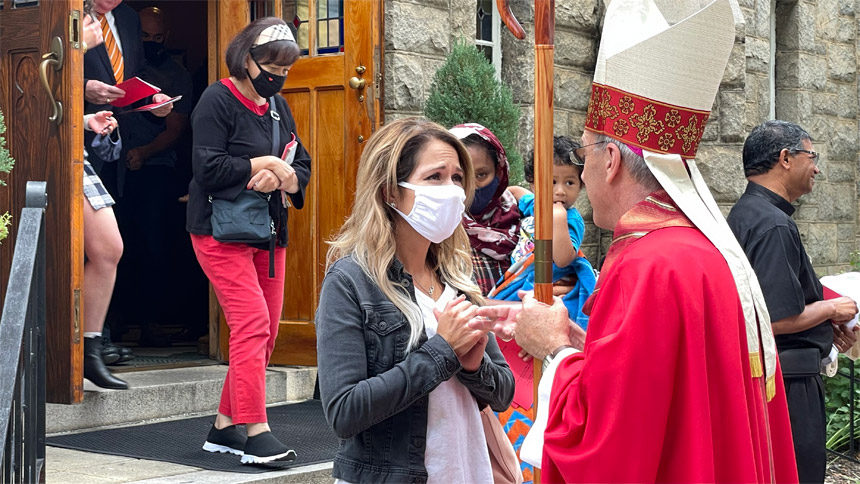 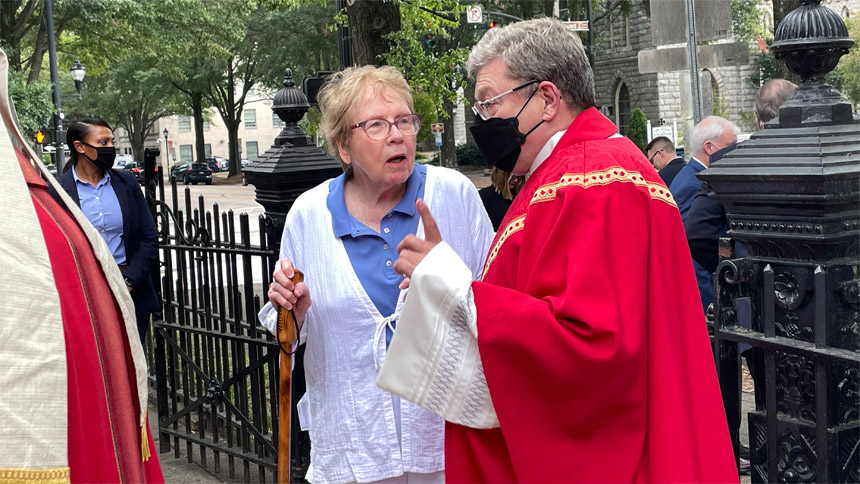 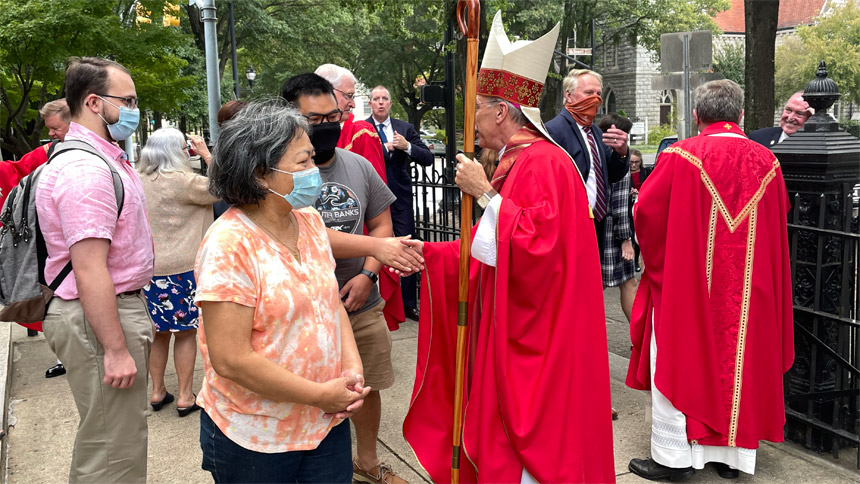