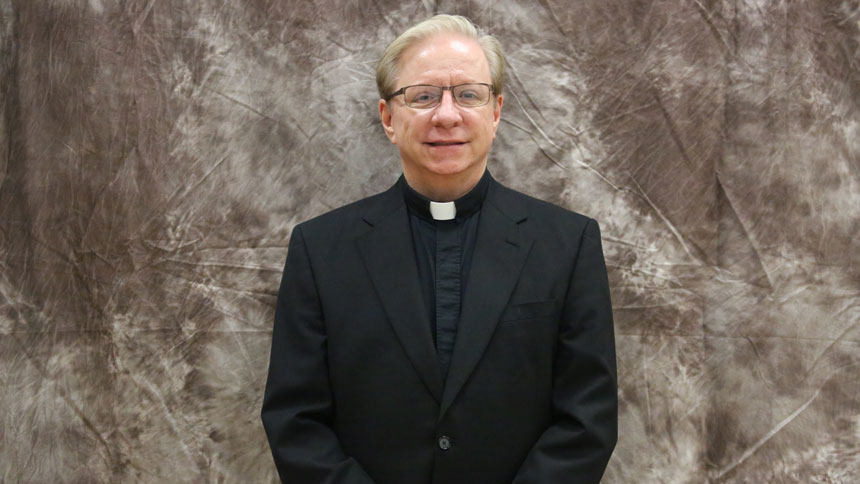 The Mass was streamed live so that the faithful would be able to watch from home and keep in-person attendance low due to the pandemic.

He was born Aug. 20, 1953 in Roswell, New Mexico to Mack and Elise Watts, who were both from North Carolina. He grew up in eastern North Carolina and went to New Hanover High School. He attended the University of North Carolina at Wilmington, where he earned a bachelor’s degree in Science and graduated in 1987.

He was not raised Catholic but was welcomed into the Church March 28, 1983 at St. Mary Church in Wilmington. He later attended St. Mary Seminary in Baltimore and graduated with a master’s degree in Divinity in 1992.

He was ordained to the priesthood Jan. 30, 1993 at St. Mary, the same church where he was confirmed. According to an article in the NC Catholic newspaper, the ceremony featured a Gospel choir and “old-time hymns” and was “an ancient ritual with overtones of Father Watts’ adopted South.”

During his homily at the funeral Mass, Bishop Luis Rafael Zarama talked about Father Watts’ journey to the Church and the priesthood.

The bishop went on to speak of Father Watts’ vocation and how his dedication to the celebration of the Mass brought Jesus to others.

“Saying goodbye is not easy. It is difficult,” the bishop said. “But it’s the way we trust completely to the Lord, our brother. Now he has the complete revelation of that beautiful mystery of love.” 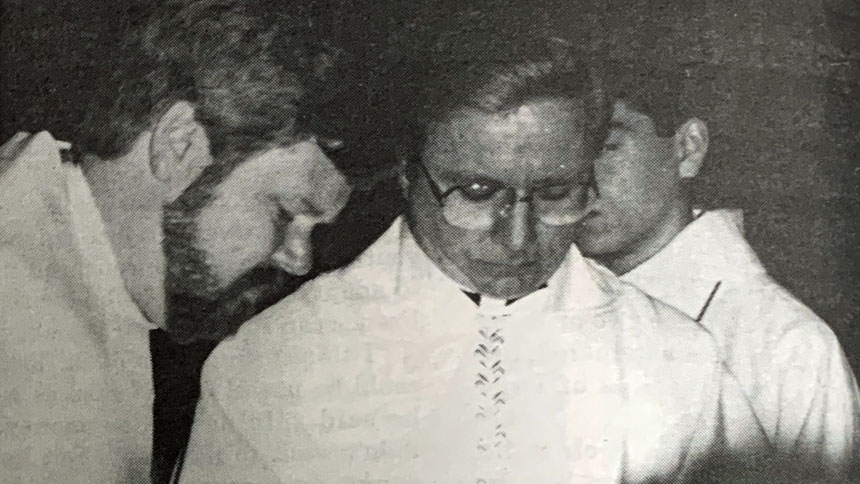