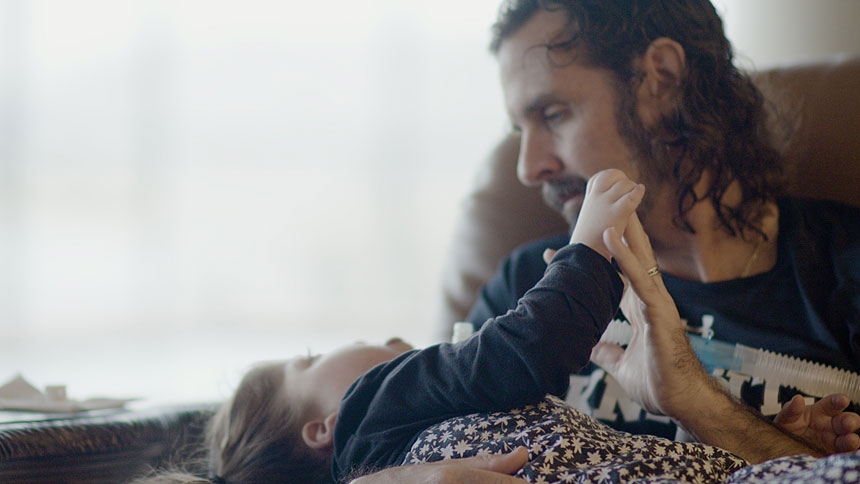 Trever Miller was born to be a pitcher.

The Kentucky native loved the challenge baseball presented. The struggle between two men. One with a ball. The other 60 feet 6 inches away, holding a bat. Over a 21-year career in professional baseball, he found that the glory that came with success -- such as helping the Tampa Bay Rays to their first playoff victory -- was intoxicating.

But Miller, 46, was also born to achieve greater things than winning a baseball game.

Grace Miller, his third child, was born before the 2005 Major League season with two holes in her heart and a genetic disorder so rare that it doesn't have a name. Only 20 cases have been recorded since 1980 and children born with the condition often don't live past a year. She also has a diagnosis of cerebral palsy.

It was hard and demanding to meet Grace's complex medical needs. Miller and his wife, Pari, became exhausted and grew distant.

At the stadium, he lost his focus. After one particularly bad outing, Miller came home, grabbed a few beers and sat outside in a rainstorm.

"I had just had it," Miller recalled. "I was angry at God, angry at the whole situation. ... My kids saw this, and they got scared. My wife [said], ‘What are you doing? Get inside.'"

Miller did go inside, and slept, unaware of what the next morning would bring.

He woke to a voice with a simple message: "Run. Just run."

It started with some old running shoes and a mile. But then one mile turned into two. Two turned into three. Four into seven. Running long distances became the pitcher's new hobby, even running at every ballpark when his team traveled. Miller ran so much, he competed in the Disney Marathon in January 2009 -- the same month he joined the Knights of Columbus -- dedicating his run to Grace.

"I couldn't wrestle with her, I couldn't get on the floor and hang out, couldn't give her a big hug all the time," he said. "It's hard to hug her when she's laying in a bed, and just do all the stuff that dads need to do with their kids to bond."

Miller bought a stroller suitable for running with Grace and decided to enter in the local Turkey Trot road race in Clearwater, Florida. They went for miles -- him running, her in the stroller.

"My wife, she was bawling up tears of joy, just happy that we could do something together and bond," Miller said. "From that, we started doing more and more races together."

That was the beginning of his collaboration with Ainsley's Angels -- road races dedicated to raising money and awareness for people with intellectual and/or physical disabilities. He and Grace have participated in 15 races.

"Crossing a finish line of a half marathon with Gracie has the same feeling as finishing a long, grueling, but rewarding and exciting baseball season," Miller said.

Miller's work for Ainsley's Angels, buoyed by his faith and his membership in the Knights of Columbus, is what makes him an Everyday Hero and part of a film series produced by the Catholic fraternal organization. The series highlights Knights who use their faith to do extraordinary things.

A normal day for the Millers begins at 5 a.m. After relieving the night nurse of her duties, they tend to Grace. They suction a trach tube, conduct breathing treatments, change her diaper, put on her ankle-foot orthosis brace and then do physical therapy. And that's the morning.

Doctors estimated Grace wouldn't live more than a year. She is now 15.

"Every day that she lives is a testament to not going through with terminating someone's life," Miller said.

Grace has had more than 50 surgeries and hundreds of ultrasounds, X-rays and more. She's had to be resuscitated at least four times. But, despite those difficult moments, Grace displays a contagious smile and sometimes a laugh.

What has kept the Millers grounded since Grace was born has been their Catholic faith. It was solidified when Trever joined the Knights of Columbus in January 2009. Miller's father also is a Knight. And his son, Tyler, joined in 2014.

"They're just regular, good men," he said of the Knights. "They want to help, want to be charitable and want to leave the world a better place than they found it."

It has been nearly 15 years since Miller sat out in that rainstorm, struggling to understand God's mission.

But he says nothing compares to the moment when he heard that voice and began lacing up his running shoes, strapping Grace in the stroller and competing in road races for charity. Running with Grace over the miles and miles of road brought him back from the brink, and it helped him mature as a man and in his faith.

"She's taught me and a lot of people the definition of what grace is," Miller said. "She's always happy, always spreading joy and love. She looks like Jesus to me."

That's why Grace is his hero. And that's what makes Miller an everyday hero. 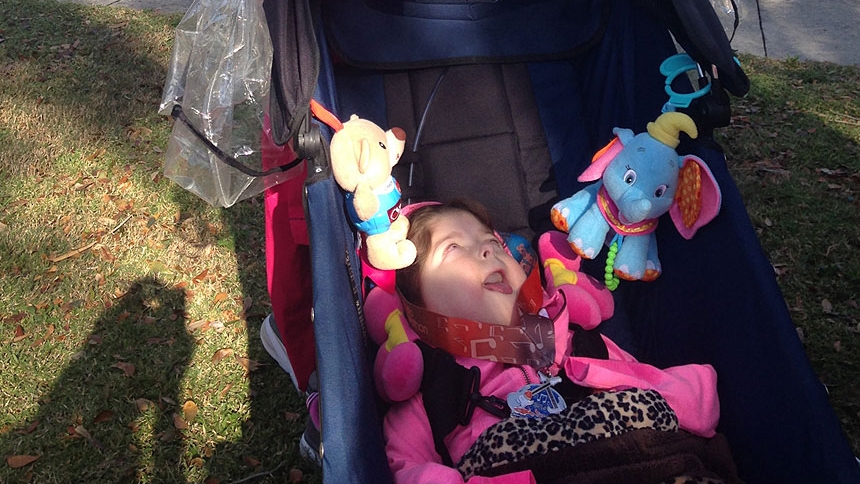