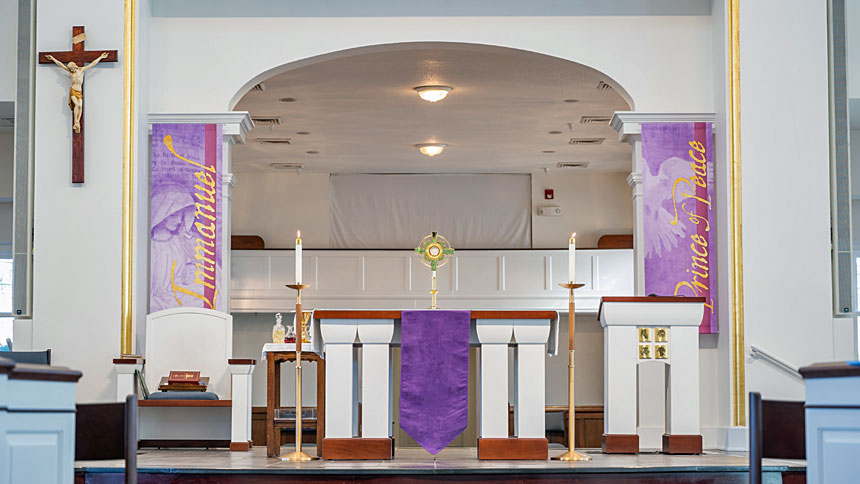 Above: Adoration at St. Ann Church in Fayetteville, NC

For Father Michael Coveyou, spending time with the Lord is a need. It’s a need that’s met, spiritually, in scripture and, physically, in the Eucharist.

“The Lord is seeking a relationship with us, even amidst the current pandemic,” Father Michael, pastor at St. Ann in Fayetteville, says.

Like many Catholic communities, his parish streams Mass live. And, on Wednesdays, St. Ann Parish shares Adoration live for those who do not feel comfortable coming into the church building.

Eucharistic Adoration is a devotion in the Church, which is both a communal and private experience at the same time. In Adoration, the Eucharist is exposed and the faithful kneel or sit and participate in meditation and prayer. For each person the experience may vary slightly, but the practice enables the faithful to have a particular and privileged engagement of the reserved sacrament of the Eucharist and in building up the body of Christ. It’s a participatory activity that connects those who share in it with the Eucharistic liturgy.

Adoration was a mainstay before the pandemic, of course. And as the pandemic continues, Adoration is particularly meaningful considering that it’s an activity that can be done while socially distant and, for many, it provides reflection, peace and comfort during a time when that’s much needed.

Like many priests in the diocese, Father Michael believes that the health of the spirit is equally as important as the physical health of the body.

“Many homebound and elderly parishioners have reached out to thank our staff for continuing to stream live because, all too often, the homebound are overlooked members of society. Something as simple as making Adoration available online, acknowledges their humanity and their needs in a way that many are not,” he says.

For those who prefer to participate in Adoration in person, St. Ann offers opportunities for that each Wednesday (when permitted considering COVID-19 recommendations.)

Helena Lee, a longtime parishioner at St. Andrew Kim, visits St. Ann on Wednesdays for Adoration. “We’re a smaller parish so we are only doing Sunday Mass,” Lee explains, “But it’s convenient to come to St. Ann’s for daily Mass and Adoration. After a while, you come to miss His physical presence in your life.”

With both live-streamed and face-to-face access to Mass as well as time spent in the presence of our risen Lord during Adoration, Catholics from the surrounding areas have had the opportunity to enhance their relationship with Jesus Christ.

A divine “encountering” at Carolina

This hunger for the presence of and relationship with Jesus Christ in the Eucharist isn’t limited to the parishioners in Fayetteville.

Friar Tim Kulbicki is the pastor and campus minister at the Newman Catholic Center at the University of North Carolina at Chapel Hill. Friar Tim is relatively new to the Newman Center, but this doesn’t mean he isn’t attuned to the spiritual needs of his campus.

“This generation of college students and young professionals are visual learners,” he says, preparing the incense for Friday night Adoration. “Their entire existence is spent learning by sight in the classroom, the office and at home. This doesn’t just go away when they enter into a church.”

How then, can the Catholic Church cut through all that noise and draw them deeper into their faith? Friar Tim says the answer is to meet them where they are.

“Through the physical presence of the Blessed Sacrament during Adoration, Catholics are able to put eyes on the Lord, see him, be in his presence and experience him wholly- body and soul.”

The COVID-19 restrictions have provided some challenges for Friar Tim and the Newman Center staff but in faith they addressed them face on and are finding unique ways of connecting with their students and ministering to their many parishioners. Adoration has been one constant through it all and has developed into a spiritual avenue by which some students and parishioners can draw closer to Christ.

On Dec. 4 Adoration at UNC was seemingly sparse with only a handful of people present, among them a graduate student from N.C. State, a newly married couple in school at Carolina, and a few local parishioners. Nonetheless, our Lord was present.

“2020 has been a challenging year,” Friar Tim admits. “Yes, indeed, we are in the throes of a global pandemic and 1.5 million people have died this year, but as a priest on a college campus I am also faced with the harsh reality that we are also in the midst of a pandemic of loneliness.”

He motions to the empty church and explains, "When students and parishioners come to church and spend time in the presence of their Lord and Savior, they are actively battling the pandemic that has taken over the hearts and souls of so many."

If Catholics believe in the real presence of Jesus Christ in the Blessed Sacrament, then why wouldn’t we go to adore him?

Gino Esposito, a junior at UNC echoes these very thoughts. She says, “Just as he was not recognized in his first coming, so also is he often not recognized in the humble host,” referencing John 15:5 in which Christ says, “without me, you can do nothing.”

Esposito challenges his Catholic peers saying, “How can we expect to solve any problems, discover our vocation, and know God’s will and accomplish it if we do not know Jesus Christ and spend time with Him -- both conversing and listening?”

When he isn’t at the Newman Center, Esposito can be found on the Carolina wrestling mat. Teammate Ethan Hoffman, a Senior at Carolina and student minister at the Newman Catholic Center, is at the mat often, too. Hoffman has been an active part of the Newman Center for three years. Sitting attentively in a pew, Hoffman explains how life as a student athlete can be hectic.

“Eucharistic Adoration is a great way to cap off my week,” he says.

Unlike the rest of campus who went home for the year at Thanksgiving, Carolina’s athletes were required to remain on campus through January, which can be both busy and lonely.

Hoffman attends daily Mass when he can and on Fridays he makes an effort to be present to adore.

“It really provides me time to reflect on the week, spend intentional time in prayer before the Lord, and take the attention off myself,” he says.

Sitting comfortably in the Newman Center’s library while surrounded by the writings of many great Catholic theologians, Friar Tim reflects on Pope Francis’ pontificate.

“The theme of his pontificate is the word ‘encounter,’” he says. “As Catholics, we are called to encounter Christ Jesus in every aspect of our lives, but most especially in the reception and adoration of the Blessed Sacrament. When we enter into a personal relationship with our Lord we are opening up our hearts for a divine encounter. We were created for love -- love of self, others, and of our Lord in the Eucharist.”

The Diocese of Raleigh’s website has a new feature that allows users to search the entire diocese for Adoration by parish name, city and day of the week. To find a parish, please visit dioceseofraleigh.org/adoration. Users may also find Adoration resources, such as a video about what happens in Adoration, how to make a Holy Hour, reading recommendations, tips for those who struggle with silence, a guide for Adoration and hints for introducing children to Eucharistic Adoration.

Adoration – It all began in France

Adoration of the blessed Sacrament is one of Catholicism’s most reverent practices dating back to post-apostolic times. Formal adoration of the Eucharist, apart from the celebration of Mass, began September 11, 1226 in Avignon, France when King Louis VII asked the Bishop of Avignon to have the Eucharist exposed in the Chapel of the Holy Cross after a military triumph over the Albigensians. On November 25, 1592 the devotion was given formal recognition by Pope Clement VIII.

During the Protestant Reformation thousands of faithful Catholics took to the churches in prayer and protection as the desecrations of the Blessed Sacrament and lootings of Catholic churches increased around France.

Centuries later, in St. Paul Church in Paris, the first perpetual adoration society for women was formed in which cloistered women prayed in adoration of the Blessed Sacrament 24 hours a day.

Today, millions of Catholics throughout the world participate in the veneration of the Blessed Sacrament during Eucharistic Adoration in their parishes, many of which reside right here in the Diocese of Raleigh.

In 1992, the bishops of the United States issued a revised ritual for worship of the Holy Eucharist outside of Mass. The revised ritual seeks to place Eucharistic Adoration within the celebration of Morning Prayer and Evening Prayer, or as a Eucharistic Service of Prayer and Praise. The bishops hoped that with this revision “the celebration of solemn exposition of the Blessed Sacrament may work in harmony with the liturgical principles decreed by the Second Vatican Council.” 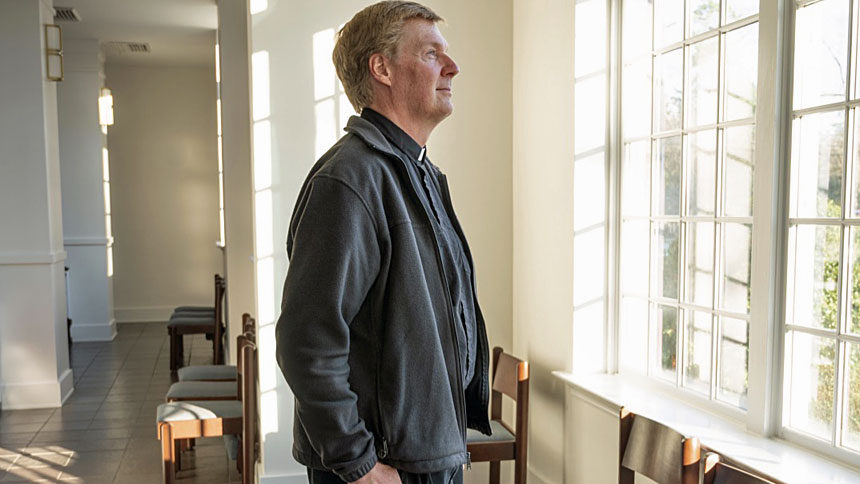 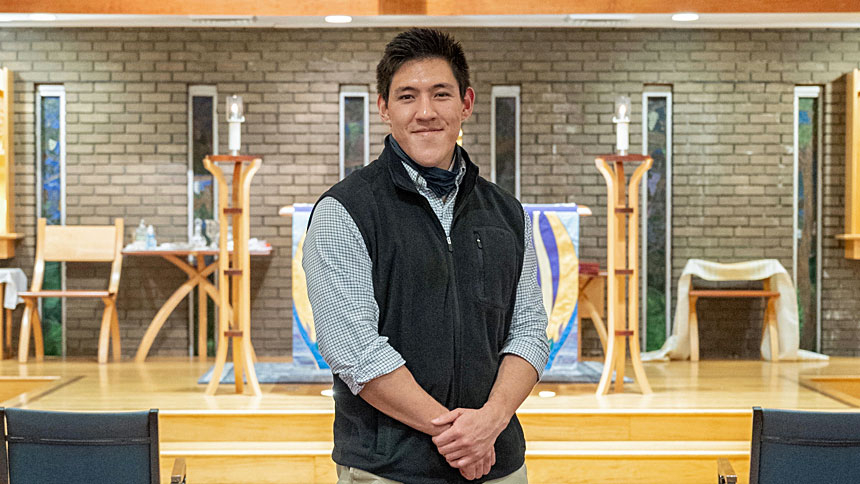 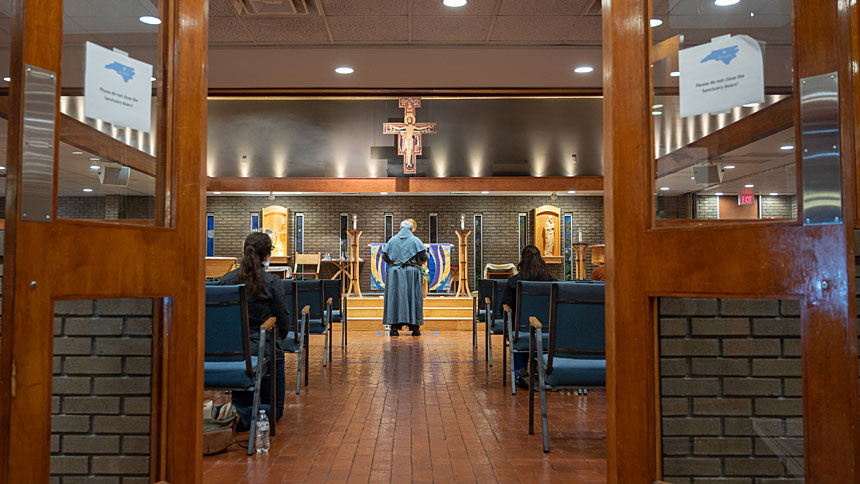 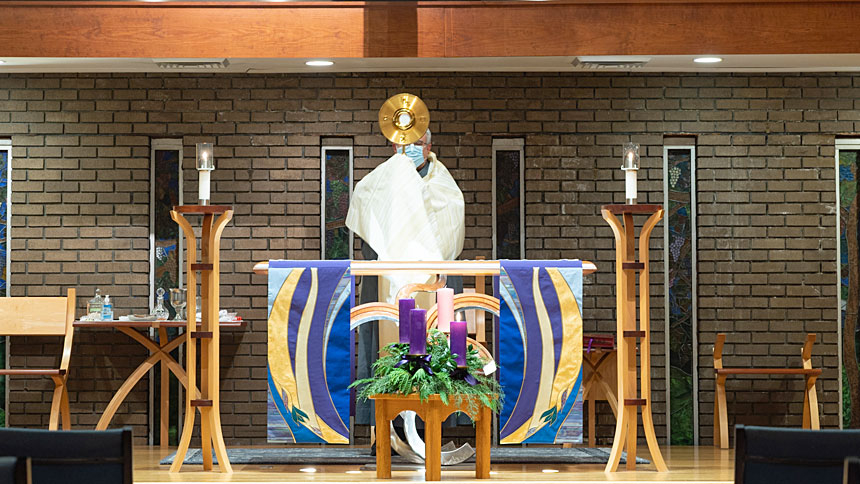 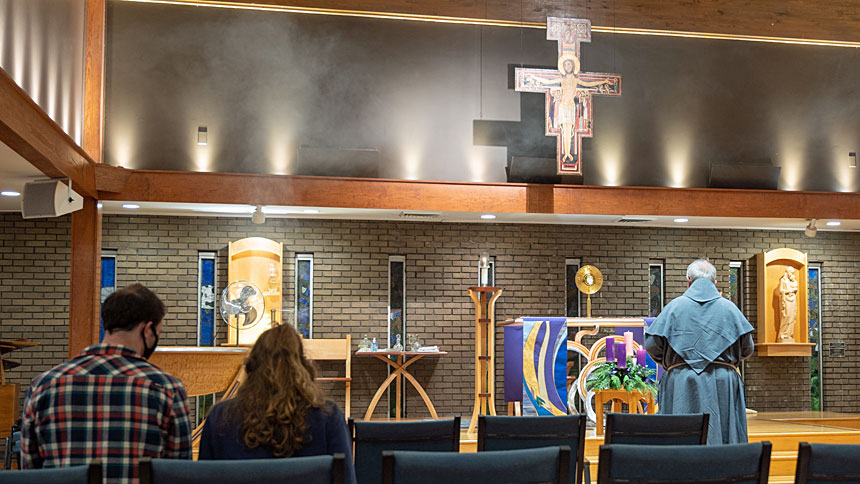