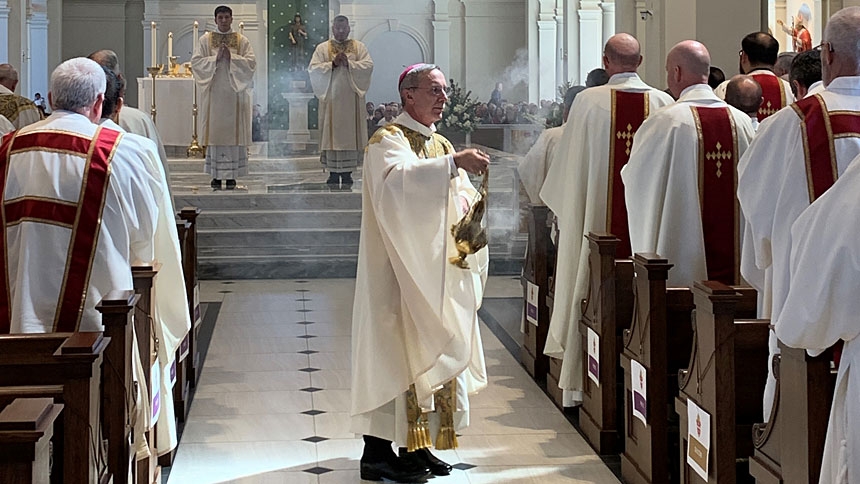 The chrism Mass was celebrated April 16 at Holy Name of Jesus Cathedral in Raleigh. During this sacred annual celebration, diocesan priests renew their priestly vows and holy oils and the sacred chrism are blessed.

Traditionally celebrated on Holy Thursday, the Diocese of Raleigh, with parishes several hours apart, annually celebrates this Mass on Tuesday of Holy Week to allow priests and representatives adequate travel time. More than 120 priests processed into an organ-accompanied rendition of Lord of Old, You Chose a People.

This was the first chrism Mass accompanied by the Fisk Opus 147 pipe organ which was dedicated Jan. 3.

In his homily, Bishop Zarama noted the significance of the Mass. “We are here to bless the chrism…the medicine the priests use to heal and bless the people,” he said.

Noting the beautiful weather, he reminded the faithful gathered that they are there to celebrate the goodness of the Lord. “Some people say that the priests celebrate the Mass. No, I preside, we celebrate together, all of us,” he said.

After the homily, representatives carried the oil of the sick, the oil of the catechumens and the sacred chrism to the altar for Bishop Zarama to bless. Each oil serves a different purpose and is blessed individually.

The “Rite of Blessing of Oils and Consecration of the Chrism,” states the purpose of each oil as such:

The oil of the sick offers the sick a remedy for infirmity of body and soul, so that they can bravely endure and fight against evils and obtain pardon for sins.

The oil of the catechumens extends the effect of the baptismal exorcisms: it strengthens the candidate with the power to renounce the devil and sin before they go to the font of life for rebirth.

The sacred chrism shows that through Baptism, Christians have been incorporated into the Paschal Mystery of Christ. Having died, been buried and risen with him, they are sharers in his kingly and prophetic priesthood. Through Confirmation, they are given the spiritual anointing of the Holy Spirit.

After the oils are blessed, they are faithfully and fastidiously bottled and packaged by volunteers. The entire process of distributing the oils to smaller bottles, and packaging them precisely, must be complete by the end of Communion when representatives from each deanery are called to the altar to receive the boxes of oil. Those representatives will, in turn, help distribute the oils to parishes, campus ministries, missions, stations and military bases in their deanery. 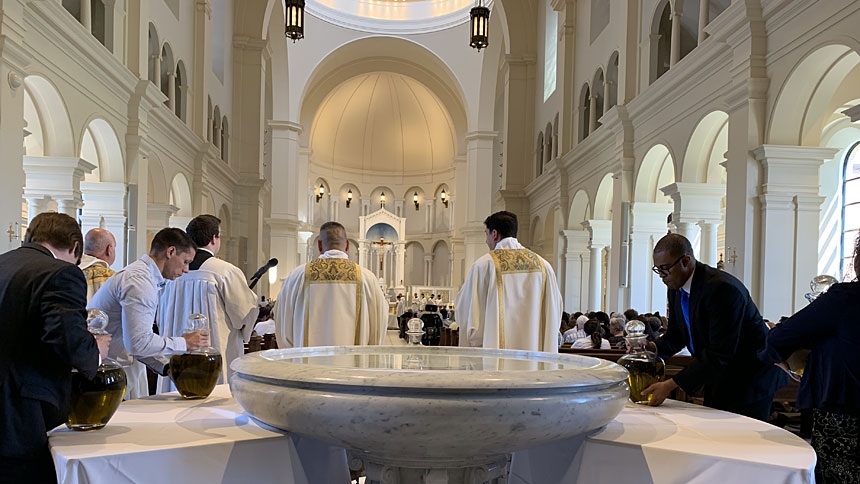 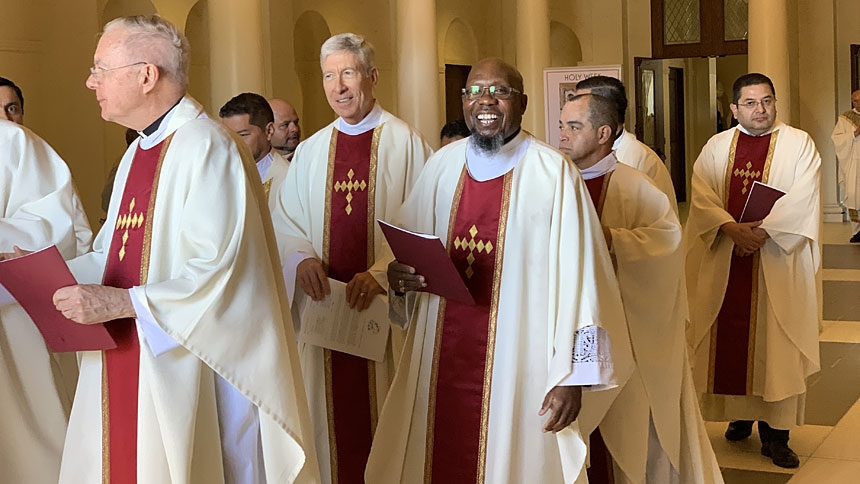 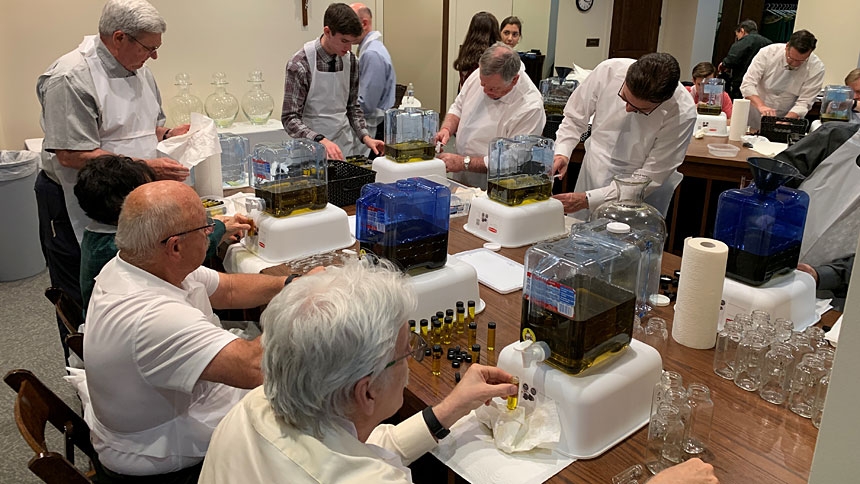 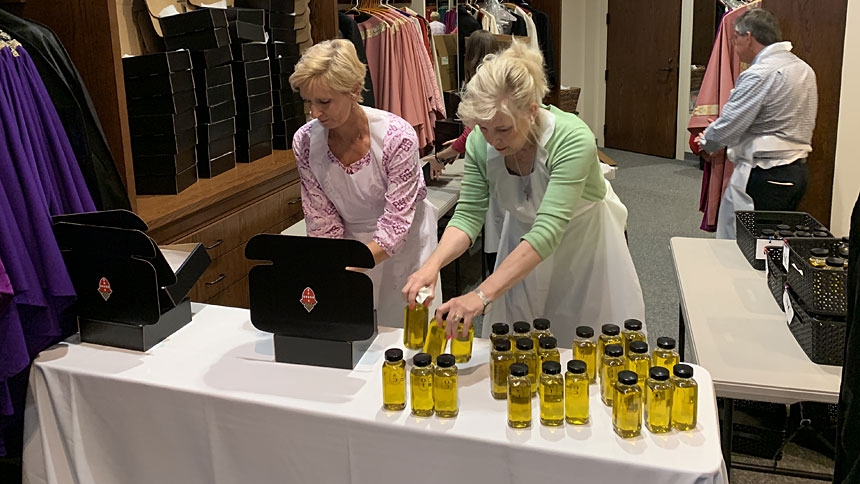