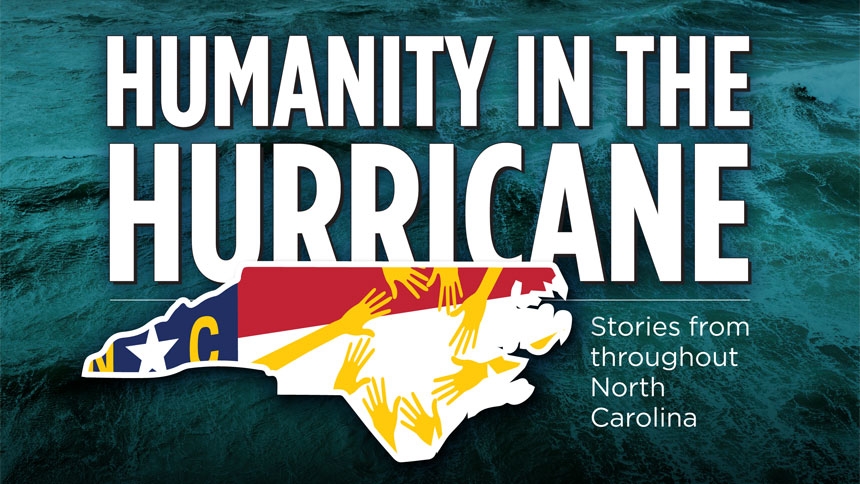 The article “Humanity in the Hurricane” (NC Catholics Nov./Dec. 2018) received the first place Father Michael J. McGivney Award for Distinguished Journalism. The award is presented annually to a writer from a Catholic Press Association member publication who has written an outstanding story during the past calendar year on the contributions that volunteers (either an individual or group) have made to Catholic parish life or the community.

“Humanity in the Hurricane” (written by Kate Turgeon Watson with Leonor Clavijo and Mandy Howard contributing) shared 13 stories of how people helped people in the days and weeks following Hurricane Florence.

The Father Michael J. McGivney Award for Distinguished Journalism is given by the Knights of Columbus, in honor of the organization’s founder. Since Father McGivney founded the Knights of Columbus in 1882, the Order has grown to more than 1.9 million members worldwide. Last year the Knights volunteered more than 75 million hours and contributed more than $185 million to charity. Father McGivney’s cause for canonization is currently open at the Vatican, and in 2008 Pope Benedict XVI declared him Venerable in recognition of his heroic virtue.