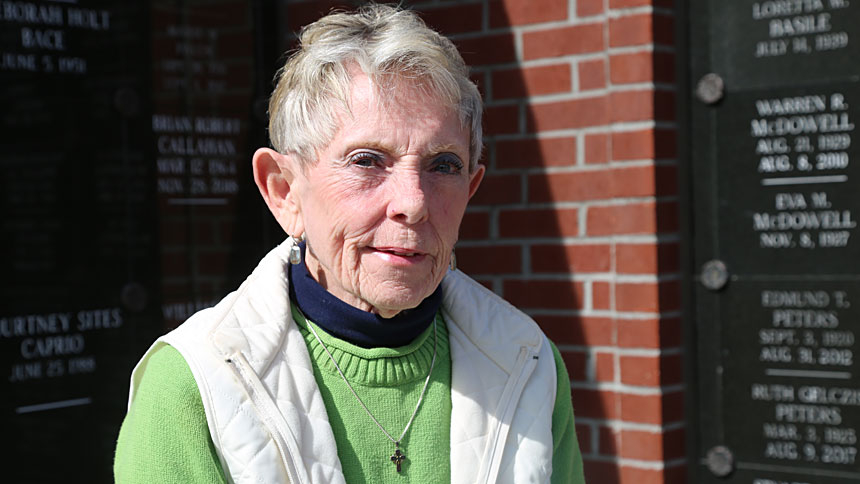 Thomas Gilmartin’s niche has the whitest engraving on the wall at St. Brendan the Navigator’s Columbarium.

His wife Noreen, who expects that her cremains will share the same niche one day, explains that it had to be redone recently.

“When they engraved the date, they put his date of death under my name. At the funeral Mass, when Father showed it, there were gasps,” she said. “But Father tied it together by saying that a big part of me died too. So that date is partly for me.”

The niche is now engraved correctly. Thomas Gilmartin died November 28, 2019. He died in his sleep on Thanksgiving.

In life, Thomas was, as his wife put it, “a big man.” At six feet two inches, his “bigness” was not just about his height. While a member at St. Brendan in Shallotte, he was a fourth-degree member of the Knights of Columbus, a Eucharistic minister, an active member of the church food pantry, a volunteer for Meals on Wheels and a volunteer firefighter.

This doesn’t take into account his life in New York, where he served as chief of the New Hackensack Fire Department in Wappingers Falls, before he retired to Calabash.

“He had a great laugh and he didn’t talk much, but when he did, you listened,” Noreen says.

She sits on a bench in the corner of the columbarium garden where she can see her husband’s niche. She says when she sits here, she talks with him and can, at times, feel his arm around her.

“I’m really happy with this,” she says as she looks around. “He’s got the sun shining on him. He’s got his Irish cross next to him. Life is good.”

Throughout their 56 years of marriage, the Gilmartins occasionally discussed burial plans. Noreen’s parents had been buried in New York and had some additional plots there, but that didn’t seem like the right fit for the couple who had made their home in North Carolina since 2000.

“When this [columbarium] was announced, without hesitation Tom said, this is what we should do … We bought and within the first month, it was half sold out,” Noreen says.

As Noreen reflected on their decision, she paused when visitors walked through the gate. She’d say hello, usually knowing who they were, and who they were coming to visit.

Sometimes visitors walked directly to a niche and bowed their head in silent conversation. Other times they lifted their hand and placed their fingers upon the marble, tracing a name or date, feeling the physical connection of this place that honors both body and spirit.

“We know most the names on these walls. We’re friends with them.” She nods toward the whitest letters on the wall, just next to the Irish cross, “I think he’s very content here.”

The community feel of a parish columbarium is just one reason why an increasing number of Catholics are choosing cremation and inurnment.

In 1963, the Vatican officially lifted the prohibition forbidding Catholics to choose cremation. Originally, a casket burial was the only approved way to lay a Catholic to rest. The teaching was based upon the theology of the resurrection of the body.

The change in teaching was effectively made, Father Sabak says, because of the understanding that whether a body is cremated or in a casket underground, it will, as we learn at Lent, return to ash.

Cremation permissions were officially entered into the Code of Canon Law in 1983. In the decades that followed, additional guidelines were given in regard to changes in the funeral Mass if cremains (cremated remains) were present instead of a casket as well as care, burial and inurnment for the ashes.

Throughout the changes, the impetus was always that fundamental teachings remain intact.

Father Sabak says that one of those teachings is a continued reverence for the body itself.

For this reason, the Catholic church teaches that ashes are not to be scattered and that they should be kept in a sacred place, like a cemetery or columbarium.

Allowing for cremation was a welcome change to many Catholics, especially in the Carolinas where parish land for cemeteries was scarce.

Liz Wertis Casas grew up in Raleigh. After a funeral for a family friend, she remembers her mother worrying.

“My mother said, ‘There’s no land left, there’s nowhere to bury a Catholic.’ So when St. Francis [built a columbarium] my mother said, ‘yeah, we’re jumping on that, we’re planning ahead.’”

“The church was the center of their lives, and they really enjoyed their parish. They enjoyed the different age groups and the dinner groups. That is where they lived a good part of their adult life, at that parish, being involved,” Casas says.

Now, they are inurned (ashes placed somewhere sacred in an urn), side-by-side at the Memorial Garden Columbarium on the campus of the church they loved.

Though she was not included in her parents’ decision, she says she is glad that their cremains are there.

“When we live in a world where so many things have been ruined or expanded or knocked down to build something else, this will remain … My children and their children can always know that it’s right there,” she says.

There is another reason that Catholics increasingly consider cremation: the cost.

From the funeral home arrangements to everything included in a casket burial at a cemetery, traditional burials can pose a large financial burden for families. It is a burden that feels compounded when families rarely live in the same place generation after generation.

In fact, portability itself is another reason that some families may choose cremation.

There can be some provisions for moving cremains, according to Monsignor David Brockman, vicar general for the diocese.

Special circumstances exist for situations such as military families who may be stationed in the diocese at the time of a death, but they know this is not their permanent family home.

“They may say, ‘We’d like that option to take our child who died suddenly’… that could be a possibility in the right circumstances and treated with the right kind of respect,” Monsignor Brockman says.

Today, more than 25 parishes have a columbarium or memorial garden where people may lay urns to rest on sacred ground. Many more, including Holy Name of Jesus Cathedral, have plans to build or expand places for inurnment. 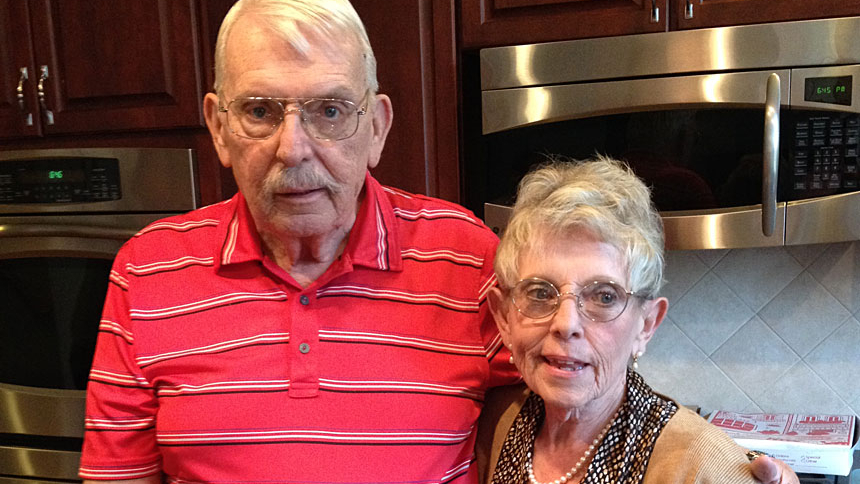 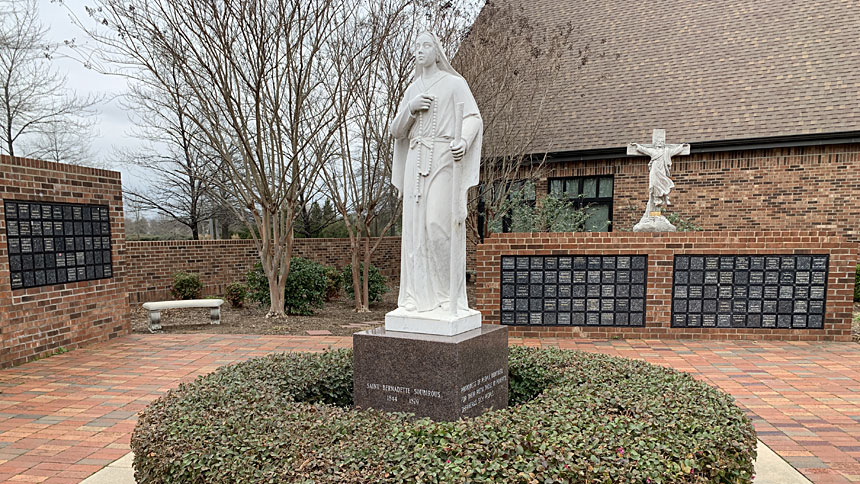 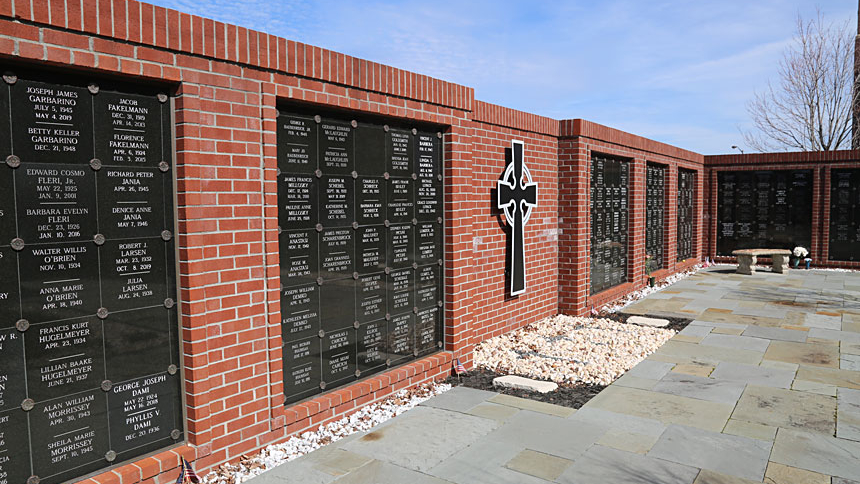