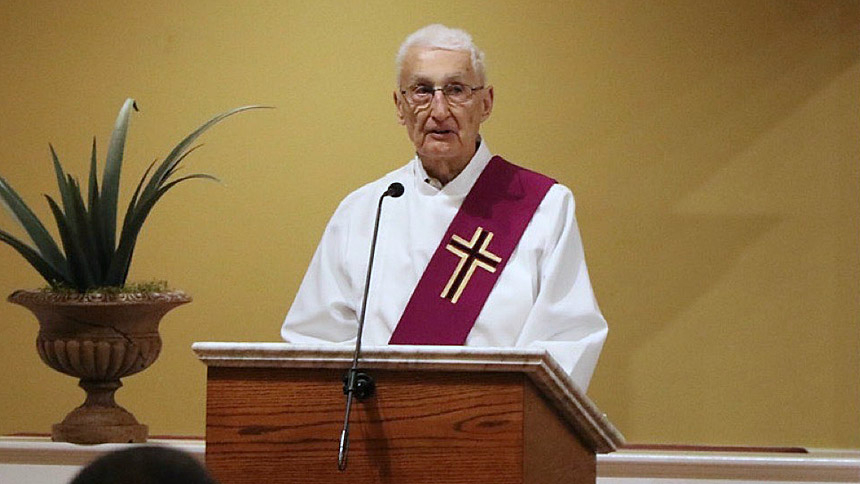 Terrance “Terry” David Mancuso, a deacon of the Catholic Church for 38 years and a resident of Cary, North Carolina, died Jan. 23.

According to his obituary, he was born in Kankakee, Illinois, December 21, 1933, and grew up on a farm where he “was nurtured by the land, and in farming he discovered the beauty of God's creation and God's sovereignty over everyday life.”

He served in the U.S. Air Force from 1951 until 1955, and married Nancy Lyle in 1955. They settled in Manito, Illinois, and raised three children -- Kristine, Anthony and David.

Deacon Terry’s “first assignment consisted of service between St. Patrick Parish in Havana, Illinois, and Immaculate Conception Mission Church in Manito, Illinois. His collaboration and leadership resulted in the organization and establishment of a Community Food Bank with the assistance of all local churches. In 1987 he was assigned to St. Joseph's Catholic Church in Pekin, Illinois,” according to the obituary.

He moved to Cary in 2010 and belonged to St. Michael Catholic Church in the Diocese of Raleigh.

Father Michael Burbeck, pastor at St. Michael, described Deacon Terry as a “deacon to the deacons,” because he served and supported those in active ministry.

“He was very present at Mass and in the community.” Father Michael said. “[He] was deeply respected for his joy and humility, especially through his years of illness. Despite his physical limitations, he was always concerned for and lifting up other people, myself included.”

“It was very obvious that he was just the kind of person who was gentle and kind but very knowledgeable,” said Deacon Dave. “He was always listening in conversation … he listened for how he could help.”

Other excerpts from his obituary include:

“As his health challenges mounted, he often attended services in his car at Saint Mother Teresa Catholic Church through Father Daniel Oschwald,” the obituary reads. “He was very grateful for the announced, or unannounced home visits from Monsignor John Wall as well … Despite his health struggles, Terry never complained, but persevered a life of gusto.

He was preceded in death by his parents Antonio Mancuso and Violet (Smith) Mancuso, first wife Nancy, sister Rosemary Raymond, and grandson Ryan Spencer, whose death was a deep sadness for Terry.”