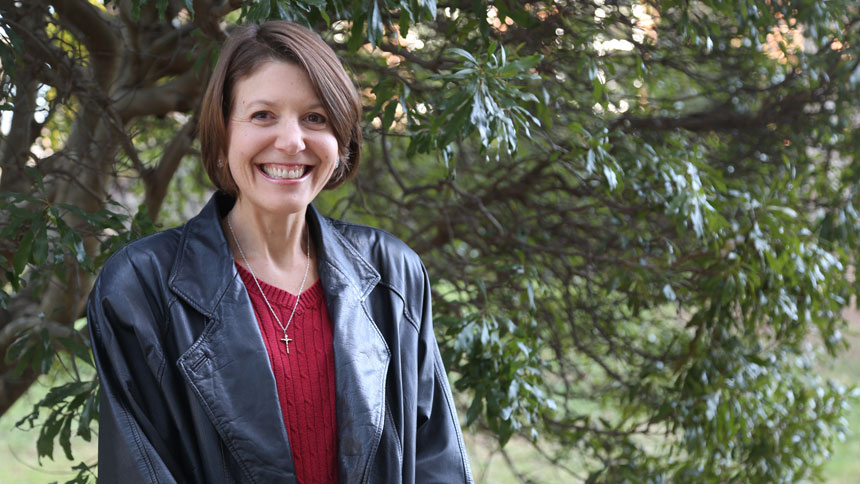 Like many people in the world, Christine Sulzen has spent a lot of time in prayer recently.

Sulzen is co-founder of the annual Ignited by Truth conference, which began in Raleigh in 2003 and drew 2,800 attendees in 2019.

She hopes the conference, scheduled for April 18, will draw thousands again, even as it shifts to an online format.

How the conference adapted

As it became clear that the in-person conference they’d planned would not be an option due to the pandemic, the IBT board held discussions about what to do.

They called Matthew Leonard, one of their planned speakers. Leonard is a Catholic author, speaker and filmmaker. He also founded Next Level Catholic Academy, an online platform.

“We still felt very strongly that we were supposed to be promoting the message of Divine Mercy. And we reached out to Matthew Leonard about how to do things, technology-wise,” Sulzen said.

The board also reached out to Marian priests in Stockbridge, Massachusetts, where the National Shrine of the Divine Mercy is located.

“We’ve had their speakers in the past … this year we are able to have a talk from Father [Donald] Callaway. And Father Chris Alar is a specialist, and he gives a lot of talks on Divine Mercy,” she said. “He recorded a talk for us, and he’s going to have a Mass for us -- at the shrine on the vigil of Divine Mercy Sunday. We can participate online.”

During a recent video conference interview with NC Catholics, Sulzen smiled when she talked about that Mass, and her team.

“I’m really thankful … I’m so impressed by their purity of heart and their intention,” she said. “They’re doing everything out of love for God. Even though this effort is completely changed in the way that we’re presenting it, the team is still super excited and willing to do whatever it takes even though we’ve never done this before.”

The conference is free, and those who previously purchased tickets received a refund, Sulzen said, adding that the cost of the conference decreased enough for that scenario.

The planning team encourages people to RSVP on the IBT website, and to print materials at home.

The leap of faith continues

Even though the format this year is different, Sulzen points out that the conference, which is run by volunteers and supported by donors, has been a leap of faith since its beginning.

That leap has been supported, in part, through prayer.

For Sulzen, a prayer life starts with knowing Jesus through the Gospel.

She suggests that those wishing to deepen their prayer life start by reading.

“At one time I was going through each Gospel just taking a short little chunk of time every day getting to know him,” she said.

“For me, personally, I am praying like never before, but in new ways. Any kind of faith support that I can have during this time … I watch videos, read. Prayers, like novenas, that we are all able to unite,” she said.

Sulzen hopes the unity and spirit of the Ignited by Truth conference will remain even as the format changes to a live streaming of the event.