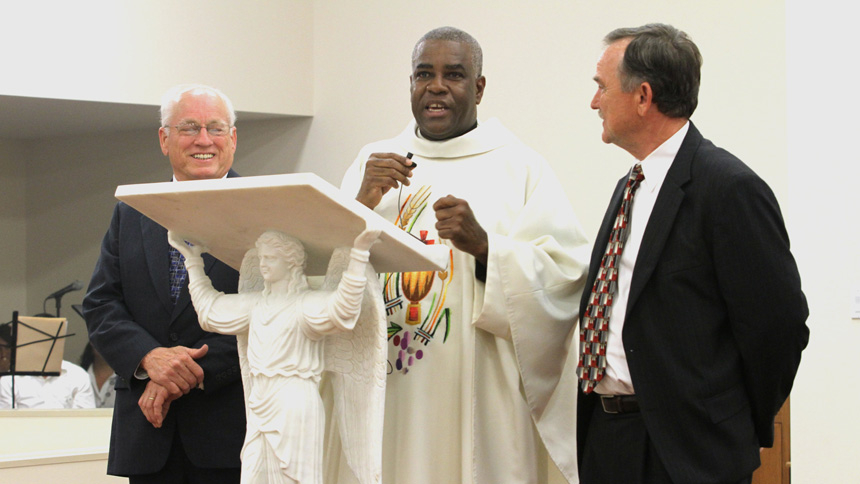 Pope Francis has appointed Reverend Jacques E. Fabre, C.S., as Bishop-elect of Charleston. Bishop-elect, having accepted the resignation of Bishop Robert E. Guglielmone, 76, from the pastoral governance of the Diocese of Charleston. Fabre is a priest of the religious order, the Missionaries of St. Charles (Scalabrinian Fathers), and currently serves as administrator at San Felipe de Jesús Mission in Forest Park, Georgia, and as the local superior of the Scalabrinian priests in Atlanta, Georgia.

“I had the pleasure to serve with Father Fabre as a brother priest in the Diocese of Atlanta,” said Bishop Luis Rafael Zarama, Bishop of the Diocese of Raleigh, “and it is with great joy that I welcome him to the brotherhood of Bishops. In many languages, he brings a message of hope and pastoral concern for all of those entrusted in his care. It is a blessing that he will serve the Diocese of Charleston and the entire Church in this new way as a Bishop.”

The resignation and appointment were publicized in Washington, D.C., on February 22, 2022, by Archbishop Christophe Pierre, apostolic nuncio to the United States.

Father Fabre was born November 13, 1955, in Port-au-Prince, Haiti. He immigrated to New York City while he was in high school and completed his secondary school education. He attended St. John’s University (Jamaica, New York); St. Michael’s College (Toronto, Ontario, Canada); Chicago Theological Union (Hyde Park, Illinois); and Scalabrini House of Theology (Chicago, Illinois). He received a Master’s in Divinity and a Licentiate in Human Mobility (migration) from the Pontifical Urbaniana College in Rome. He was ordained to the priesthood in Brooklyn, New York on October 10, 1986, for the Community of Missionaries of St. Charles.

Since 2010, Bishop-elect Fabre has also served as a member of the Archdiocese of Atlanta’s Finance Council, the Budget and Operations Committee, the Projects Review Committee, and as Director and Spiritual Director to the Hispanic Charismatic Renewal. He is fluent in English, Spanish, Italian, French, and Creole.