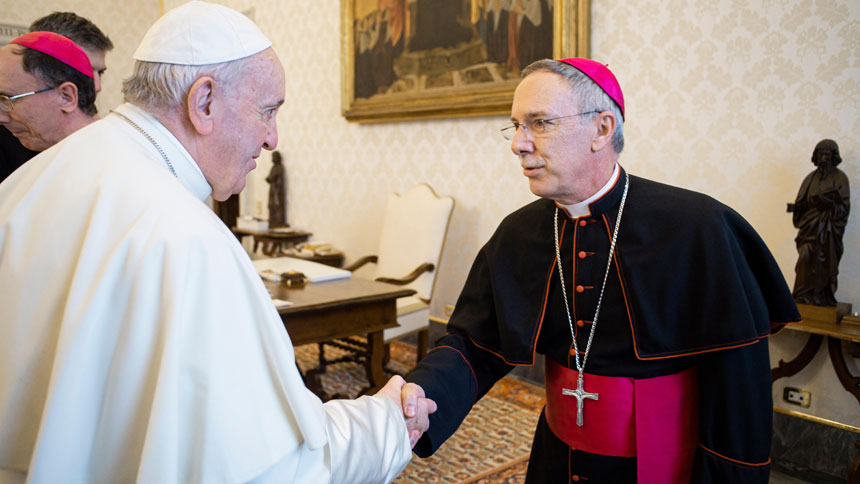 Above: Pope Francis greets Bishop Luis R. Zarama of Raleigh, N.C., during a meeting with U.S. bishops from Florida, Georgia, North Carolina and South Carolina at the Vatican Feb. 13, 2020. The bishops were making their "ad limina" visits to the Vatican to report on the status of their dioceses to the pope and Vatican officials. (CNS photo/Vatican Media)

Ad Limina is Latin for “to the threshold of the house of Peter,” meaning St. Peter, the first leader of the Church, and his successors, including Pope Francis, the holy father. According to the USCCB, the visits are an occasion to draw inspiration and guidance from the center of Catholicism.

As part of the spiritual pilgrimage, the bishops attend Masses and pray at each of the four major basilicas, St. Peter, St. Paul Outside the Walls, St. John Lateran and St. Mary Major.

Each day, Bishop Zarama and Msgr. Brockman sent a report and video via mobile text. The following are their daily updates with links to the videos posted on Facebook.

Audience followed; large crowd and Pope Francis very welcoming, greeting us at the door to the audience room. He welcomed each of us and then remained to speak with all the bishops of the region for a couple hours. Watch video.

Mass at Saint Paul Outside the Walls
Saint Paul buried in this basilica; was rebuilt in 1825 by Pope Pius IX, following a massive fire that completely destroyed the church. Recent excavations uncovered the first basilica, built by Constantine in the 4th century; it faces the opposite direction and is smaller in overall size.

This was the final Mass for this Ad Limina pilgrimage with all the Bishops of Region XIV in the USA, which includes the bishops of the Carolinas, Georgia and Florida. This is fitting, given Saint Paul’s admonition in Christ to go forth and preach the Gospel. - Msgr. Brockman. Watch video.

“We have celebrated our last Mass at St. Paul Outside the Walls,” said Bishop Luis. “We fulfilled our duty with the Holy Father, and now he sends us to our own dioceses to share the joy of the Gospel and the hope and mercy of the Lord.”

More about the visit

Ad Limina visits are obligatory for bishops every five years but due to an increase in dioceses and bishops in the world, meeting every five years has become impractical. On the last Ad Limina visit, Pope Benedict XVI served as head of the Church, Bishop Michael Burbidge was bishop of Raleigh and Bishop Luis was an auxiliary bishop in the Archdiocese of Atlanta.

The bishops met with Pope Francis and Vatican officials to present a diocesan report known as the quinquennial.

The Diocese of Raleigh report, prepared and edited by Monsignor Girard M. Sherba, JCD, PhD, chancellor and judicial vicar, is a collaborative effort of many priests, laity, staff and diocesan offices. The report, sent to every diocese in the world, addresses a series of questions about the life of the church and the state of the diocese.

Monsignor Brockman summarized the report saying, “There is a great vibrancy; we continue to see people of great dedication in the laity, clergy, growth in the number of seminarians and permanent diaconate and the formation processes for the laity and clergy.” He continued, “The report will have a follow-up on the cathedral, its construction and now use as the center for Catholicism and also the change of bishops and some of the new initiatives Bishop Luis has brought to our diocese.” 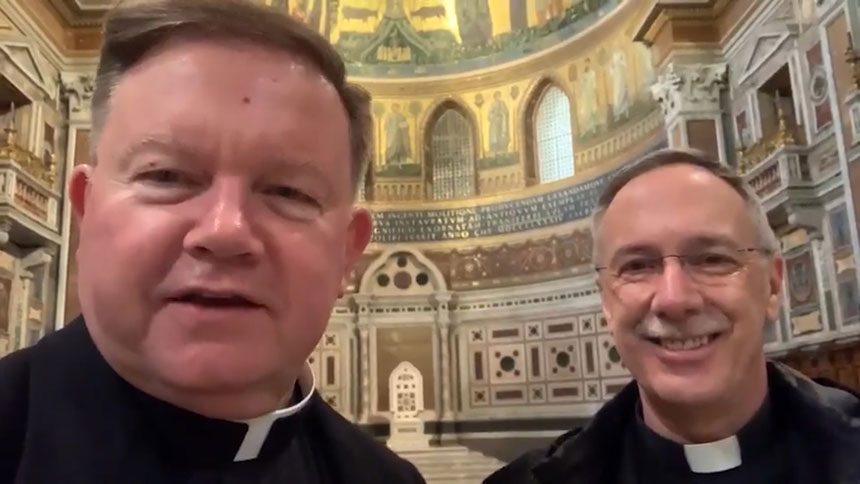 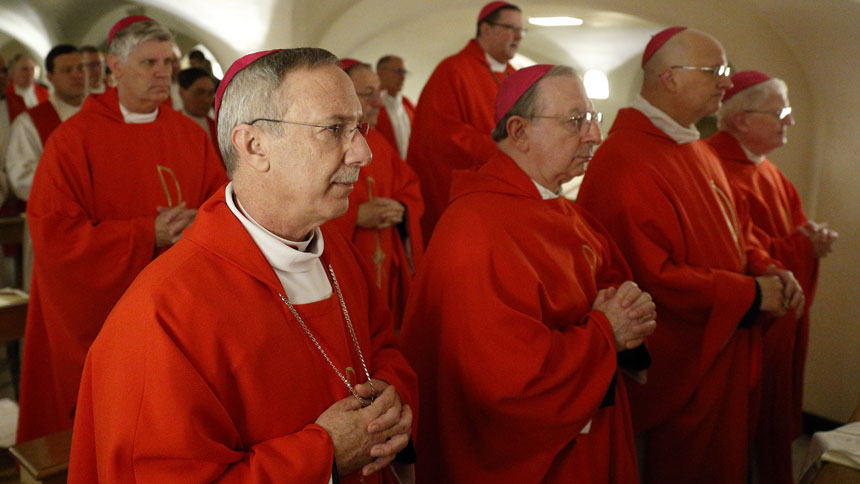 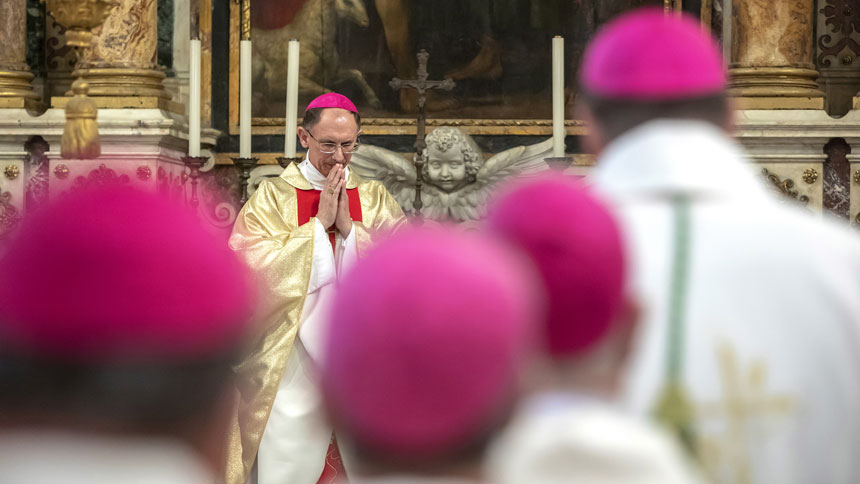 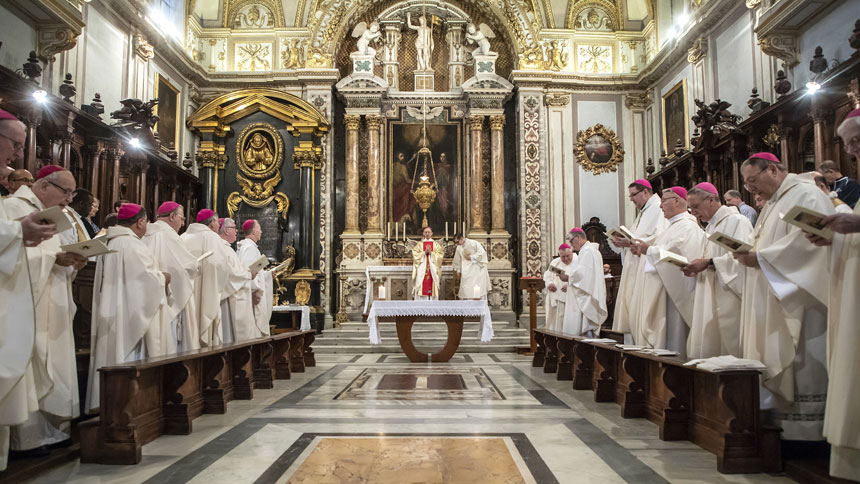 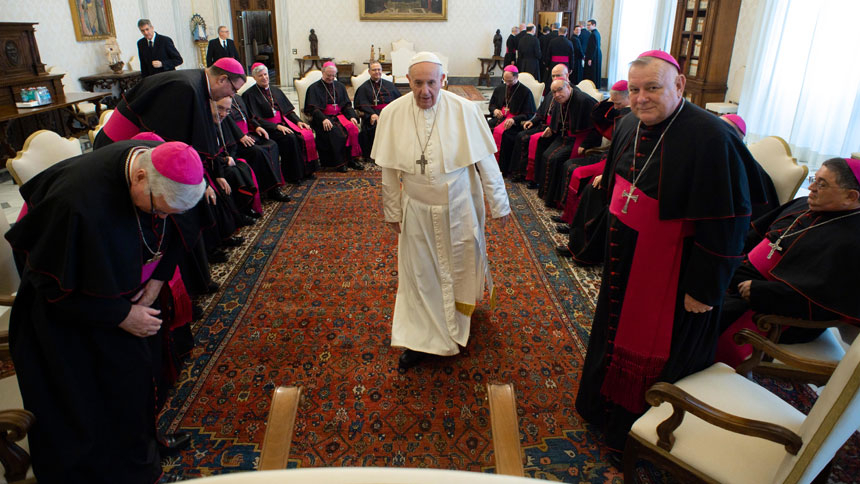 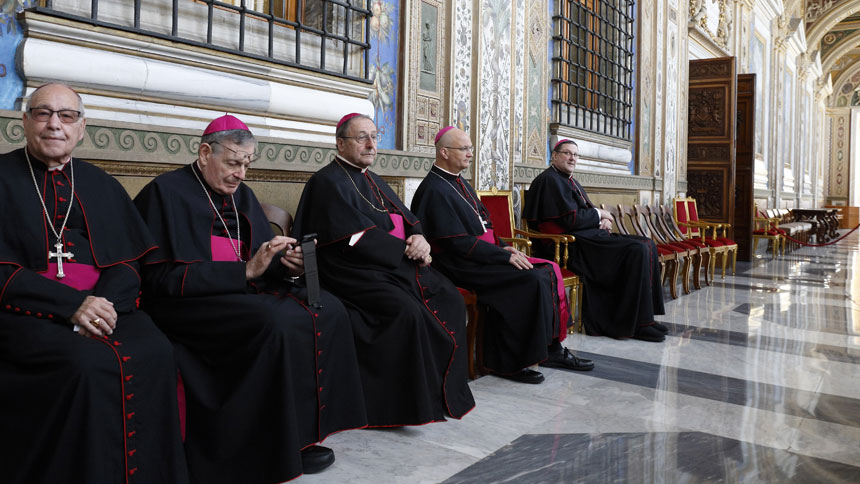 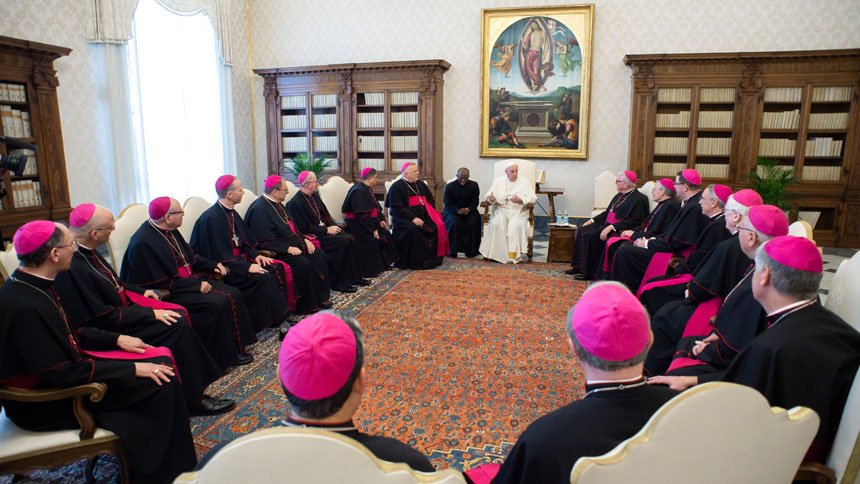