Are You Happy? Father Robert Spitzer examines 4 levels of happiness at parish event in Cary 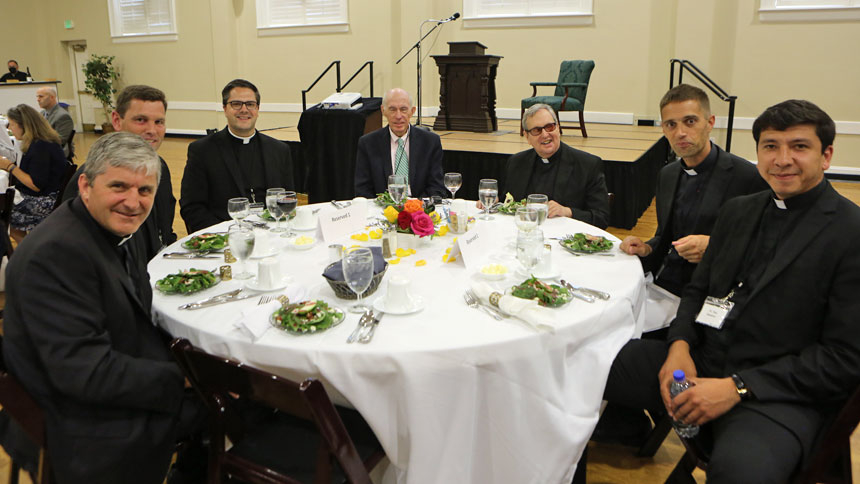 More than 100 people gathered Friday, May 28 to hear renowned Jesuit priest Father Robert Spitzer present, “The Four Levels of Happiness.” The presentation, which explores the idea of finding ‘true and lasting happiness,’ is based on centuries of research about happiness in the fields of philosophy, psychology, sociology and theology.

“He provides a deep understanding of why many people find themselves unhappy and helps others to find their true purpose in life. He also has the unique ability to reach and capture the attention of people beyond the Catholic Church, making his message applicable to all of humanity,” Luddy said.

Father Spitzer, S.J., Ph.D., is an internationally known educator, author and speaker, he is the president and co-founder of Magis Center and he was president of Gonzaga University.

He has appeared on several television programs including Larry King Live, where he debated Stephen Hawking, and the Today Show. He currently hosts the weekly show, “Father Spitzer’s Universe,” on EWTN and has authored nearly a dozen books on topics including spirituality, leadership and the scientific and philosophical case for belief in God.

His current mission? To help people understand the connection between a relationship with God and ultimate, enduring happiness.

Using data from the American Psychological Association, Father Spitzer notes that statistics consistently show that those who are not religious suffer higher levels of depression, anxiety, suicide, familial tensions and other emotional and psychological stresses.

“The second thing that is happening with our young people is a rapid increase in level two happiness, or comparative happiness,” he said.

He added that comparative happiness, in which you base your happiness on whether you are more beautiful, or smart, or powerful, or affluent than others, leads to feelings of loneliness, alienation and self-pity.

“It’s a horrible track record for our young people. They need to know what true happiness is because if they saw how religion correlates with true happiness…maybe they would alter the course of their lives and start moving in the direction toward which true happiness is,” he said.

In the talk, Father Spitzer explained what these levels look and feel like and, with humorous and engaging anecdotes, made the complex concepts relatable.

Suzanne and Jeremy Temple attended the event after being encouraged by their children, who had heard Father Spitzer speak at STMA in the past. Suzanne, a mother of eight boys, laughed and nodded throughout the talk. She said, “It’s a really good reminder of things you already knew but somehow you forget and realize, ‘Oh, I fell into that trap again.’”

She added that though she had heard this talk before, she especially connected to a piece regarding level three happiness. “I particularly liked when he was talking about how you can get to a place where you are contributing to other people and still feel a sense of emptiness…how there is still that extra level to climb to get to that level four, where you realize the whole purpose isn’t about this life. It’s easy to forget because life is very busy and it’s easy to get preoccupied with that,” she said.

Maria File, who is guest coordinator for this and other Father Spitzer events hosted by STMA, agrees. “He gives us a map on how to really focus on the things that make us happy in a true sense, in that deep spiritual sense and how we have to leave time and space in our lives for those things,” she said.

In addition to the program, guests of the event were treated to a three-course meal which included a spinach salad, salmon, beef tenderloin, mashed potatoes, green beans and a dessert of decadent lemon cheesecake.

Father Michael Burbeck, pastor at St. Michael, gave an opening prayer and sat with several brother priests at the head table during the presentation.

In a word, Father Michael said the night was, “Fantastic.”

He added, “Just the joy of being in a room together, being able to enjoy each other’s company, that in itself is a gift. And, of course, the talk was outstanding.”

Father Michael says that he hopes the night is just the beginning of a commitment on St. Michael parish’s part to create an engaging and ambitious adult faith formation program.

Likewise, Luddy says that he hopes Father Spitzer’s message continues to reach families. “I hope that all attendees will discover the keys to lasting happiness, so that they may live life in a happy and contributive state leading to the transcendent and ultimately, Heaven,” he said.

The event was broadcast live on Catholic 540am, Divine Mercy Radio. In addition to the presentation and question and answer session, the local Catholic radio station interviewed Father Spitzer, Father Michael, Bob Luddy, and several guests throughout the evening. There are plans to rebroadcast the show. 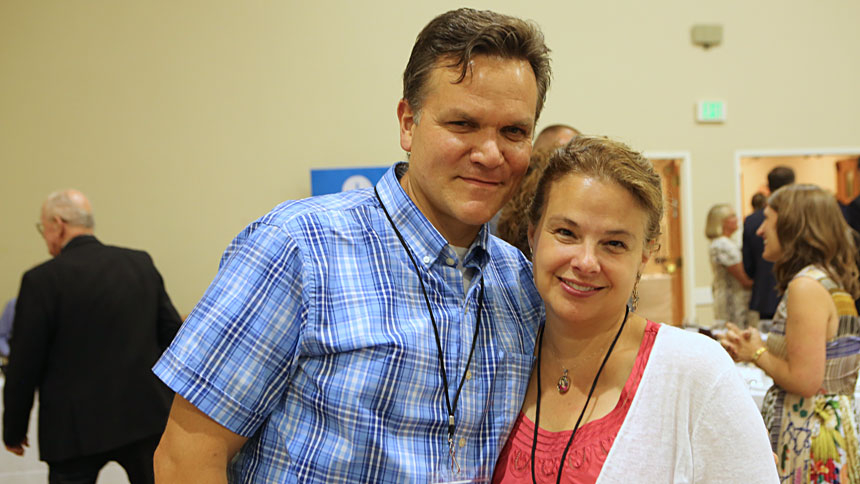 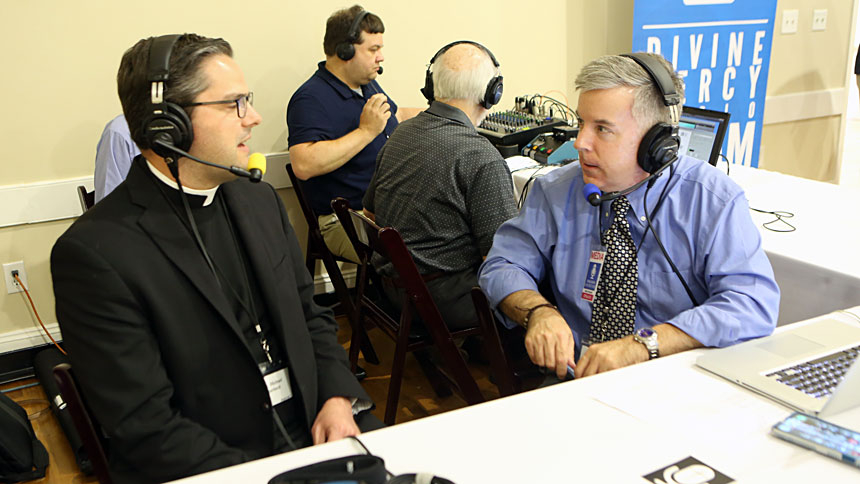 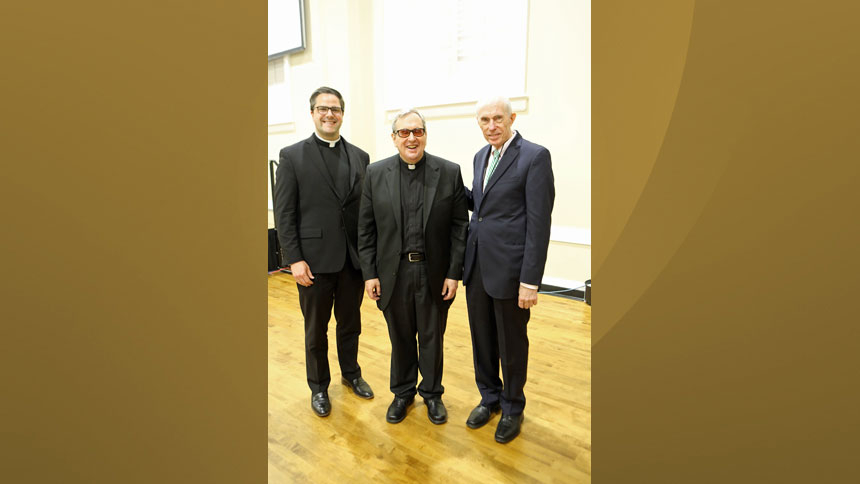